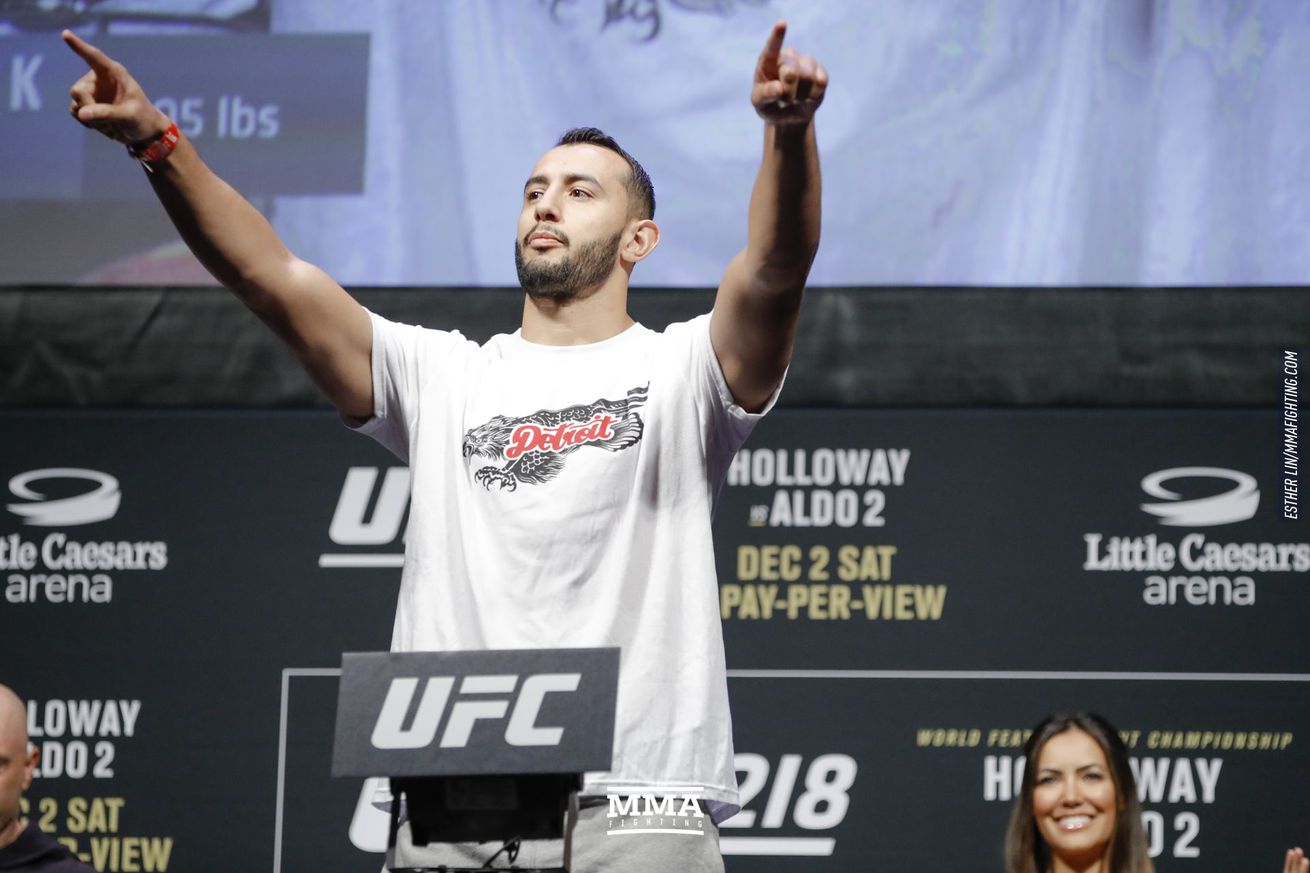 Rakic punished Smith’s legs with low kicks before taking the fight to the canvas, where he dominated the fight for three rounds. All three judges gave him the shutout, with one giving a 30-26 score.

Reyes, currently No. 1 in the UFC’s rankings, did some light heckling as the fight played out and cast Rakic as the fighter with something to prove against the veteran Smith. And he gave himself a shoutout.

Rakic has more to lose in this one. Let’s see how he handles the pressure trying to crack the top 5.

Holdin it down for the USA! With Mexico in my blood #1 pic.twitter.com/yGQXpF180s

I’ve seen that chest tat on quite a few females. JS ‍♂️

Reyes might not have gotten the memo that Saturday’s headliner was contested over three rounds, the result of losing a featherweight headliner between Yair Rodriguez and Zabit Magomedsharipov.

As Rakic started to pull ahead, Reyes chided Smith.

The ol ball up on the ground technique

Clinging onto the fence

But what do I know ‍♂️

And after Rakic took home the win, Reyes expressed his displeasure.

Reyes, 30, has waited for another shot at the belt after losing a controversial decision to Jones. The two were expected to face off in a rematch before Jones’ attention drifted toward Blachowicz, who shot into contention with a knockout of Corey Anderson. When Jones vacated the belt to move up to heavyweight, Reyes and Blachowicz were booked for the vacant belt at UFC 253, which is expected to take place Sept. 26 on Fight Island in Abu Dhabi.