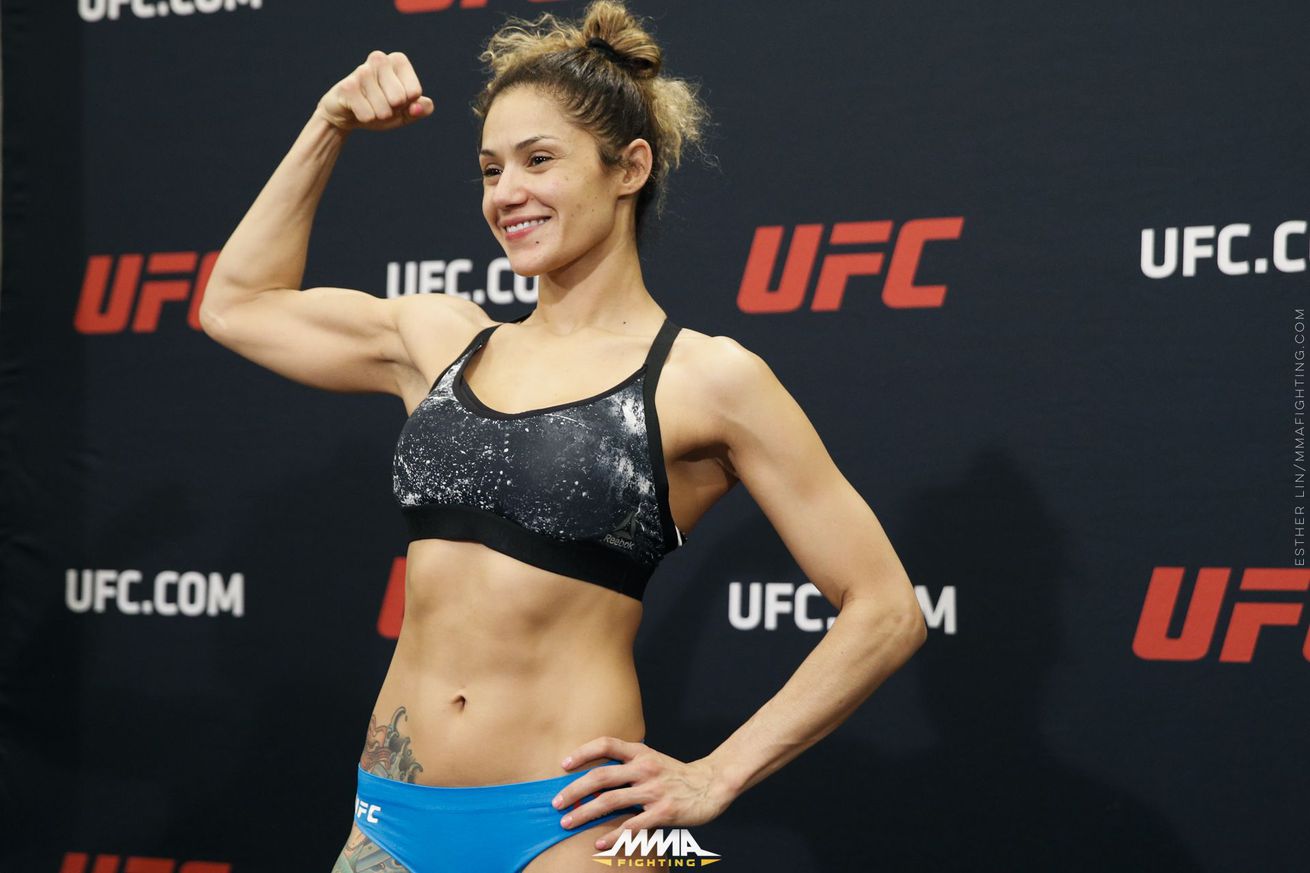 Things just got even more bizarre in Buffalo.

Minutes after Daniel Cormier controversially made weight on his second attempt, the New York State Athletic Commission (NYSAC) pulled Pearl Gonzalez from UFC 210 on Friday morning because she has breast implants, sources told MMA Fighting’s Ariel Helwani. The commission does not allow fighters to compete with implants, per their rules.

Gonzalez, 30, cut weight and made the strawweight limit Friday morning without incident, assuming the fight was on. The NYSAC broke the news to her after weigh-ins were over. Gonzalez seemingly passed all her medicals prior to coming to Buffalo and appeared to be in line to fight until Friday morning.

Breast implants are something the commission could have addressed with Gonzalez before one day prior to the fight. Female UFC fighters with breast implants have competed in New York before this.

Gonzalez (6-1) was going to make her UFC debut in the bout. Calvillo (4-0) is coming off a first-round submission win over Amanda Cooper at UFC 209 last month.