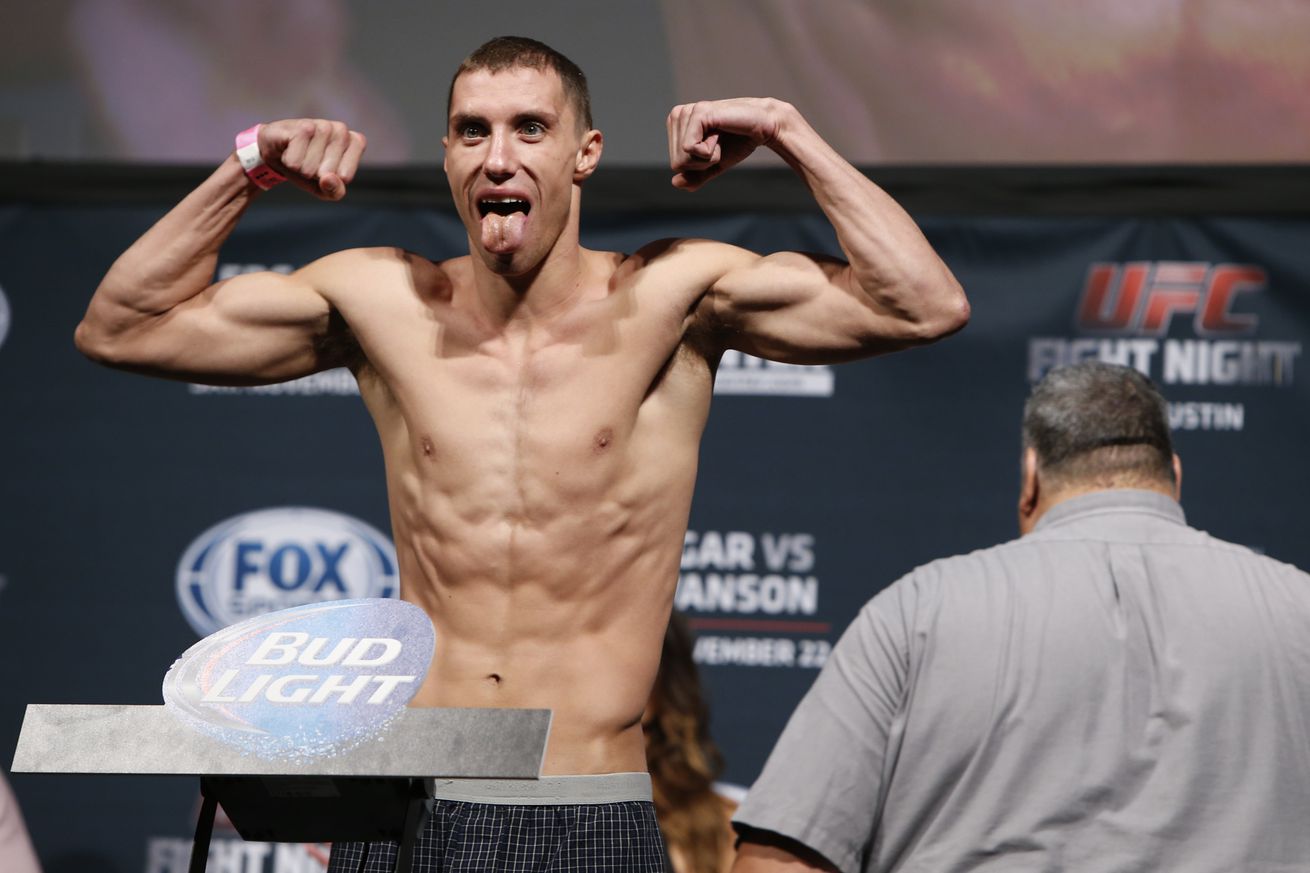 UFC Fight Night 104 has some musical chairs going on.

After injuries to both of their opponents, James Vick and Abel Trujillo will now face each other in a lightweight battle in Houston on Feb. 4. Sourced informed MMA Fighting of the fight switch on Thursday.

The 29-year-old Vick was originally slated to face Johnny Case at the Super Bowl card, while Trujillo was to battle Evan Dunham.

Vick is coming off of a loss to Beneil Dariush at UFC 199 this past June (first-round knockout). Before then the “Texecutioner” had gone a perfect 4-0 in the UFC, with notable wins over Nick Hein and Jake Matthews.

The 33-year-old Trujillo is in the midst of a three-fight win streak, with his last victory coming against Jordan Rinaldi at UFC Fight Night 88 in May.

This was the second time that Trujillo had been booked to face Dunham, only to see the fight fall through. The two veterans were scheduled to fight at UFC Fight Night 94 back in September, but Trujillo has to withdraw with an injury.