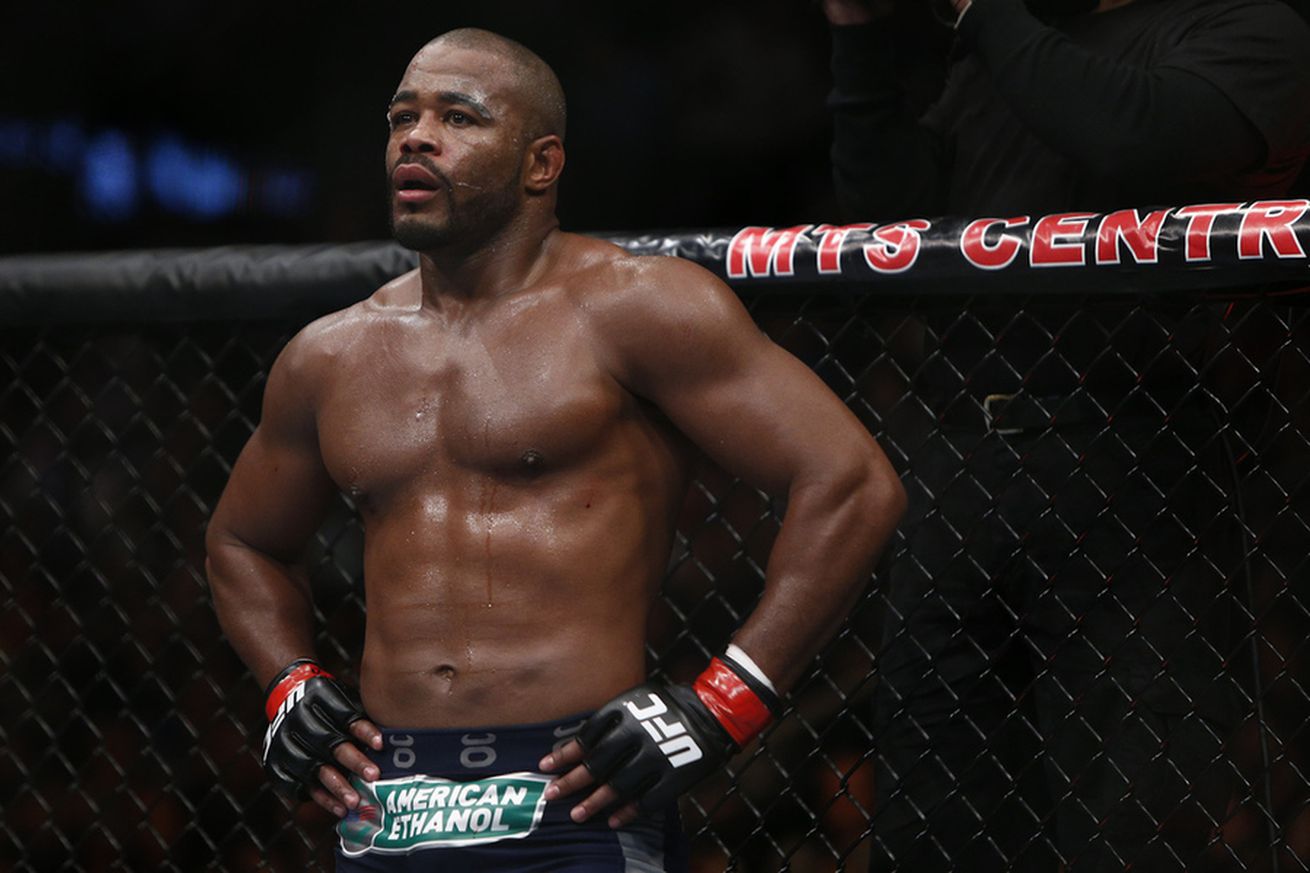 One of the more successful fight teams in recent times is breaking up. Or, in the words a key founding member, the Blackzilians — which has been operating since 2010 — has “splintered.”

According to original member Rashad Evans, the Boca Raton-based fight team — ran by Glenn Robinson, who owns Authentic Sports Management and represents the individual fighters — is now in the process of dismantling, and breaking into smaller factions.

During an appearance on Monday’s edition of The MMA Hour, Evans explained the current state of the Blackzilians as a team that has drifted apart.

“The truth of the matter is, the team is splintered, the team is fragmented,” he said. “It just became a very hard thing for Glenn to kind of keep his grasp as far as keeping everyone together. Henri [Hooft] wanted to throw his brand into his own thing and it just wasn’t matching up with where Glenn wanted to go. That’s part of the fragment, but another part of it was that we didn’t have a gym anymore.

Evans said that along with Anthony Johnson, Michael Johnson, Kamaru Usman and Gilbert Burns, he has moved about 20 minutes north of Boca Raton to train with Hooft and Greg Jones. The new gym, the Combat Club, is located in Boynton Beach. Over the years, many other name brand fighters have trained with the Blackzilians, including Alistair Overeem, Eddie Alvarez and Matt Mitrione.

On Monday afternoon, Hooft confirmed what Evans was saying by posting a message on his Instagram that he was parting ways with the Blackzilians.

“After 6 years working with a great team the blackzilians I am going my own way I had a great time met some cool people and learned a lot,” he wrote. “Now it’s time for #hkickboxing and new challenges that come my way………NOTHING IS FOREVER BUT DREAMS AND GOALS.”

Evans said that part of the growing dissention among the ranks at the Blackzilians was what he referred to as the daily amount of gossip.

“I mean, at the end of the day, I got so sick and tired of going into the gym and having to put out these fires, and there was so much drama, and everybody jockeying and pushing for position,” he told Ariel Helwani. “I was just like, yo, I just want to train, man. And there’s a lot of other guys that just want to train, and that’s what the team was made for. So we could have a great training environment. But you start bringing everything else into it and all the drama, it just got exhausting.

“Now, the state of the Blackzilians…I guess there really is no Blackzilians. It’s all in the namesake, but for the most part everybody — or most of the people who was training with the Blackzilians — we’re still training together.”

Asked to clarify if the Blackzilians was official a thing of the past, Evans resisting going that far.

“I don’t want to say it’s not a thing anymore,” he said. “I don’t want to put the stamp on it to say it’s not a thing anymore. But, I mean, it’s definitely not what it used to be. That’s for sure. And some of the other guys, they started their own team.”  Evans, who was slated to fight Tim Kennedy at UFC 205 this past November before a problematic MRI had the New York State Athletic Commission pull the plug on it, said he spent much of that camp as a “nomad” to avoid the petty stuff. He said it got to the point that just going into the gym and dealing in all the sideline stuff messed with his mindset.

“You got to understand, it was so, so much drama. It was so much drama,” he said. “It was worse than ten high schools put together, a bunch of gossiping. It was really just a buzzkill to go into the gym at some point. And that’s why, in my last camp with Kennedy, I had like a nomad mentality when it came to training. Every single day I was like, I’ll be here, or I’ll be there, because I didn’t want to go into the gym. And I would go to the gym sometimes to get some good sparring with those guys, but I wasn’t there everyday. I just made my own schedule, and I stuck to my own schedule and did my own thing.”

Asked if the dissolution of the Blackzilians could have been avoided, Evans was pensive for a moment. But he said ultimately the problems started at the top, with the authority figures, and trickled down to all the fighters.

“I’d like to think it could have been avoided, but sometimes do things for the wrong reasons,” he said. “And you don’t really know the reasoning behind why they’re doing stuff until they reveal themselves. Sometimes there’s foreseeing that you can see it, but sometimes you can’t. When people do things for the wrong reasons when they have a huge ego involved, it makes it really hard to fight or to make anything substantial happen, because at the end of the day that ego will trump over everything. That’s a really hard thing to judge and to measure.

“I think that, you know, Glenn — he’s not a bad guy, and I don’t want to say anything bad about him — I just think he wasn’t honest with himself about what he can and can’t do, and he didn’t say no enough. And at the end of the day, the fight game eats and chews you up if you’re not strong enough and resilient enough to deal with everything goes along with it. And that’s one thing that I learned. It’s very unforgiving. And if you’re not willing or able to do what you need to do, and say no, or stand up for yourself, or be able to make the right choices, you’re going to get passed up and passed over.

“I think that a big part of the Blackzilians is due to the fact that Glenn failed in some respects.”