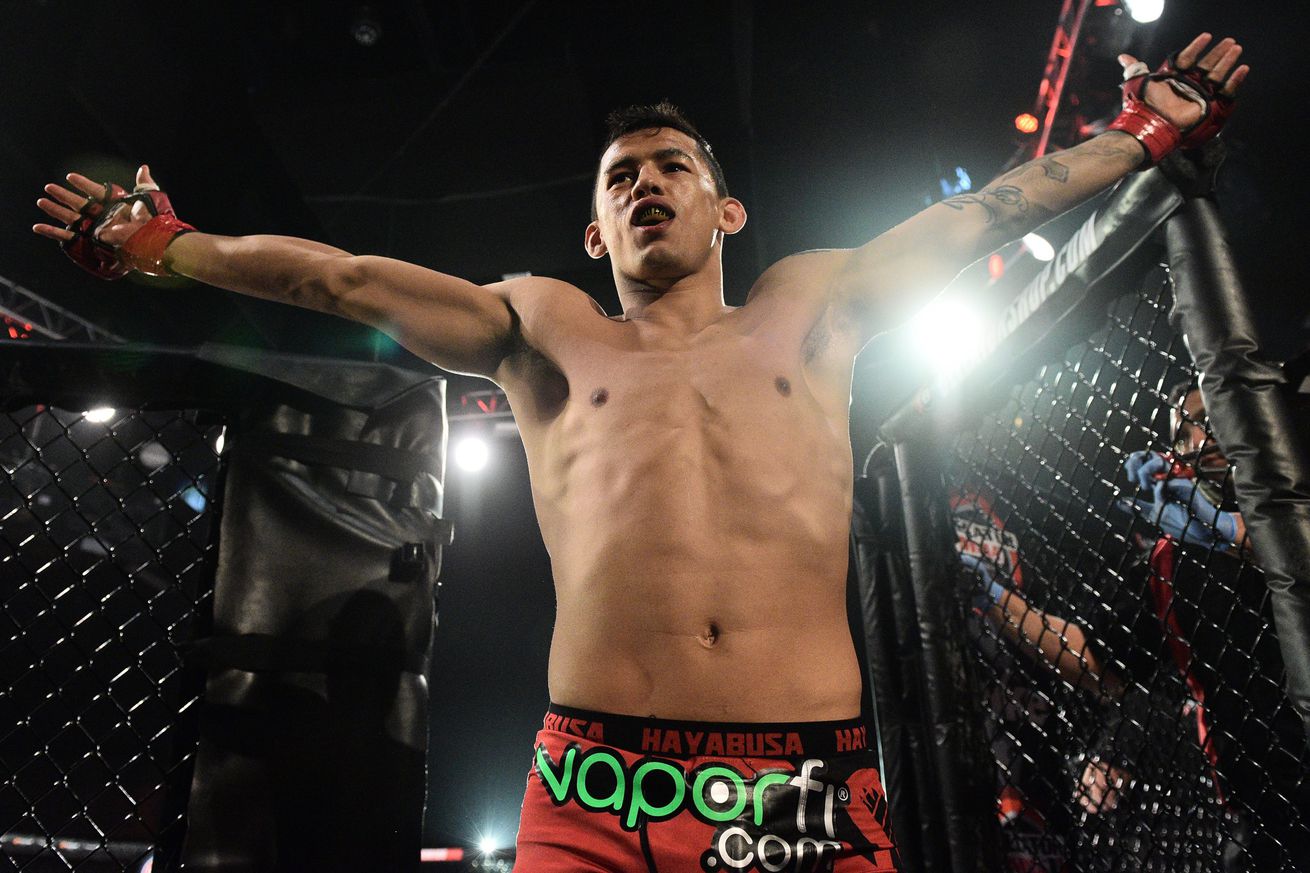 Eduardo Dantas avenged his only Bellator loss with a dominating performance against Joe Warren at Bellator 166, and the bantamweight champion believes only one title defense separates him from making history.

Bellator announced the night after Dantas beat Warren that he would defend his title against Darrion Caldwell, who beat Joe Taimanglo in the main event of Bellator 167, and “Dudu” already expected that move.

“I really wanted to fight Daniel (Straus, Bellator’s featherweight champion) next,” Dantas told MMA Fighting, “but Bellator promoters like Caldwell, so I already expected that he would get a title shot if he won, especially because he’s the only one left in the division. He deserves the title shot, so he’s still left so I can 100 percent dominate this division. I will run through him.”

Bellator has yet to announce a date and location for the championship fight, but the Brazilian expects to put his title on the line “in late March or early April.” And should he successfully defend his belt one more time, the Nova Uniao talent says it only makes sense to face Straus next and become a two-division champion.

“There’s no one left at the top,” Dantas said. “There’s Caldwell, and I’ll love doing this fight with him, and after that, that’s it. I want a superfight. I will beat him, and then I’ll move up to featherweight for a superfight.”

And if he indeed moves up to 145 pounds, Dantas is not interested in any fight besides Straus.

“It doesn’t make any sense to me to go up and fight someone else,” he said. “I have to go up and fight the champion. Bellator always asks me that. I only train with heavier guys in the gym, featherweights and lightweights, so I’d feel more comfortable at featherweight. Faster, stronger, more explosive. I’d do well in this division. It makes sense to have this superfight at 145, against the champion.”

Dantas enters his fight with Caldwell coming off a majority decision win over Warren, but his performance was dominant despite the scorecard from one of the judges.

“When they said ‘majority decision’, I got scared,” Dantas said. “I couldn’t believe it. This judge probably slept during the fight, went to the restroom or something like that. That’s impossible. It’s disrespectful.

“We train so hard, I had no scratches after the fight. He only took me don’t once, and I went right back up two seconds later, and this guy scores the fight a draw? It’s unbelievable. You can’t score this fight draw, even with John McCarthy taking a point in the fifth round. The important is that who watched the fight knows that I won all five rounds.”

Dantas improved to 9-1 under the Bellator banner, and wanted to give Warren a beating to avenge his 2014 loss.

“If you look at Joe Warren’s record, you’ll see that he has lost by knockout and submission before, but he never lost a decision in his career,” Dantas said. “Despite his age, he has a great cardio, so my strategy was to win all five rounds. If I had the chance I’d obviously finish him, but my idea was to win every round. If he thought he was fighting the same ‘Dudu’, he was wrong.

“Anywhere in the world, I will dominate this division.”