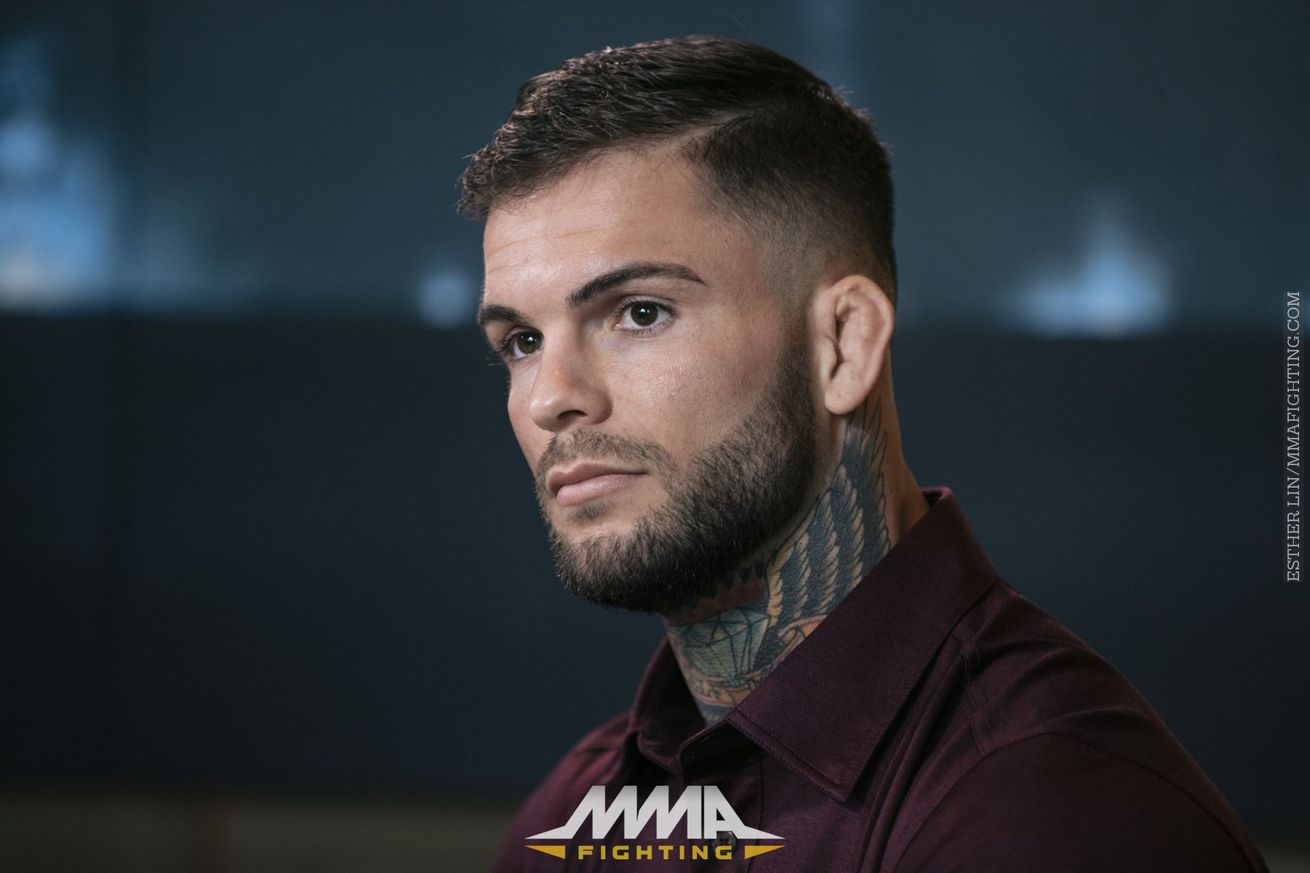 And despite VanZant’s first-round submission loss to Michelle Waterson at UFC on FOX 22 on Saturday in Sacramento, Garbrandt doesn’t think there’s anything to worry about for the promising young strawweight fighter. After all, he said, she’s still just 22 years old.

“That’s the thing with fighting. It’s a crazy sport. You win some, you lose some, but it’s how you bounce back. Look how she bounced back from the Rose loss. Coming off of ‘Dancing With The Stars’ with all that pressure and she only had six weeks to get ready — has an amazing, highlight-reel knockout

VanZant came off a second-place finish on the popular “DWTS” earlier this year to knock out Bec Rawlings with a jumping switch kick at UFC on FOX 21 back in September.

There’s little doubt about her potential in MMA. But that appearance on “Dancing With The Stars” brings up other issues for VanZant, namely her crossover appeal. The entertainment world is pulling VanZant in a different direction and she stands to make more money in that field if things fall right for her. VanZant made only $ 43,000 to fight Waterson, while she made closer to a half a million dollars to dance on “DWTS.”

On Saturday night at the post-fight press conference, VanZant was defiant, saying she’ll continue to pursue outside-the-cage opportunities and will have no problem balancing things.

Garbrandt, who challenges UFC bantamweight champion Dominick Cruz at UFC 207 on Dec. 30 in Las Vegas, says VanZant will inevitably have choices she has to make.

“That’s something that she’s gonna have to decide — if she’s gonna be a fighter or an entertainer,” Garbrandt said. “It’s not a bad position that she’s in, to be able to dabble in both. I tell you, if I could dance like that, I wouldn’t be fighting. I’ll be dancing. I love fighting. It’s something i want to do. If something were to arise out of this, I’ll take it. But I’m focused on fighting and she should be, too. She’s young and she has so many years of getting better. It’s about her, what she wants to do, at the end of the day.”

Garbrandt’s advice to VanZant is simple: Get back in the gym and trust the Team Alpha Male coaching staff and her teammates. Garbrandt said Waterson has been training since her last fight in July 2015, while VanZant took six months off to do “Dancing With The Stars” and it’s hard to beat someone as good as Waterson without that length and level of training.

“With Paige, she’s fighting those top-10 girls in those fights, you’ve gotta train,” Garbrandt said. “You know, train and keep active and be solely focused on them. The girls are evolving. There were a couple of them that stood out, but now they’re getting really well-rounded.