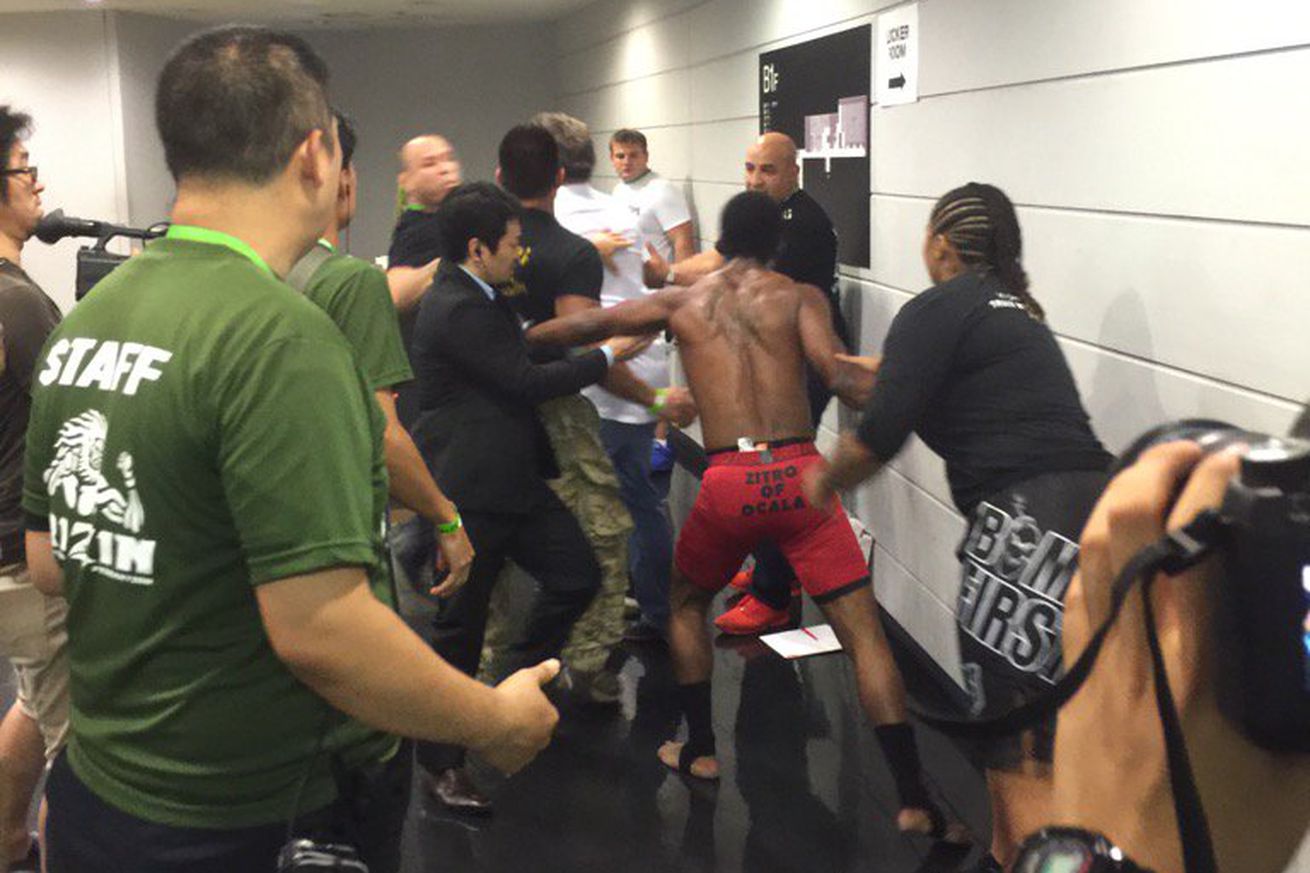 Pride FC may be dead, but the heated rivalry between Wanderlei Silva and Charles Bennett is more alive than ever.

It’s not clear when and why the feud between the two Pride FC starts got started, but it can be traced back to Dec. 31, 2005 at Pride Shockwave 2005. There, in the backstage of the Saitama Super Arena, in Saitama, Japan, Bennett got into an altercation with Silva’s Chute Boxe teammate Cristiano Marcello that resulted in Bennett getting choked out unconscious with triangle choke.

Later, a video of the fight surfaced that confirmed the fight between Bennett and Marcelo. However, according to “Krazy Horse,” he knocked out Silva, who was present and seen in the video, after waking up from the choke, but that part is not shown, as it ends with Bennett unconscious on the floor. Bennett claims Silva’s team edited out his knockout of Silva.

Fast forward 11 years later and we now have some confirmation on Bennett’s claims. On Thursday, a video surfaced of Bennett and Silva talking talking smack at each other in a hotel lobby in Tokyo, Japan. Bennett is in Japan as he competed at Rizin FF 2, while Silva was doing promotional work for the company. In the video, Silva pointed at Bennett and said, ‘You know what you’re doing’, in his broken English. And Bennett replied, ‘You know what I did. I knocked you out, I slept you.” Other things were said before Bennett left the scene, but in those exchanges Silva never denied Bennett’s claims, and it seemed both fighters still have unsettled business.

On Saturday night, Bennett made his Rizin FF debut, knocking out Brazilian Minoru Kimura, who Silva decided to corner, in less than 10 seconds. The 36-year-old Bennett then got a hold of the mic to thank Rizin and the Japanese fans, and called out Silva, who was ring side.

“Where’s Candylei?,” Bennett said. “Candylei, I’m not going to even say, but 300K. Candylei, for the record, you know what happened in 2005, and that’s why you’re still salty. That’s why you’re still trying to get some of this, but you can’t get none of this unless you put it on contract. You put it on contract, then you can get some and other than that, every time your big-steroid-head ass see me.”

After his post-fight speech, Bennett taunted Silva from the ring, while Silva just watched and smiled. And it didn’t end there. Just minutes after the callout, Combate Americas CEO Campbell McLaren tweeted a photo of what appeared to be another brawl between “Krazy Horse” and “The Axe Murderer.”

It’s unknown if Silva and Bennett will ever battle in a ring and it’s too early to speculate, as Bennett just got done fighting, and Silva is scheduled to participate in a 16-man-open-weight tournament that stretches until the end of 2016. But the possibility exists, as they both want to fight each other and fight under the same promotion.