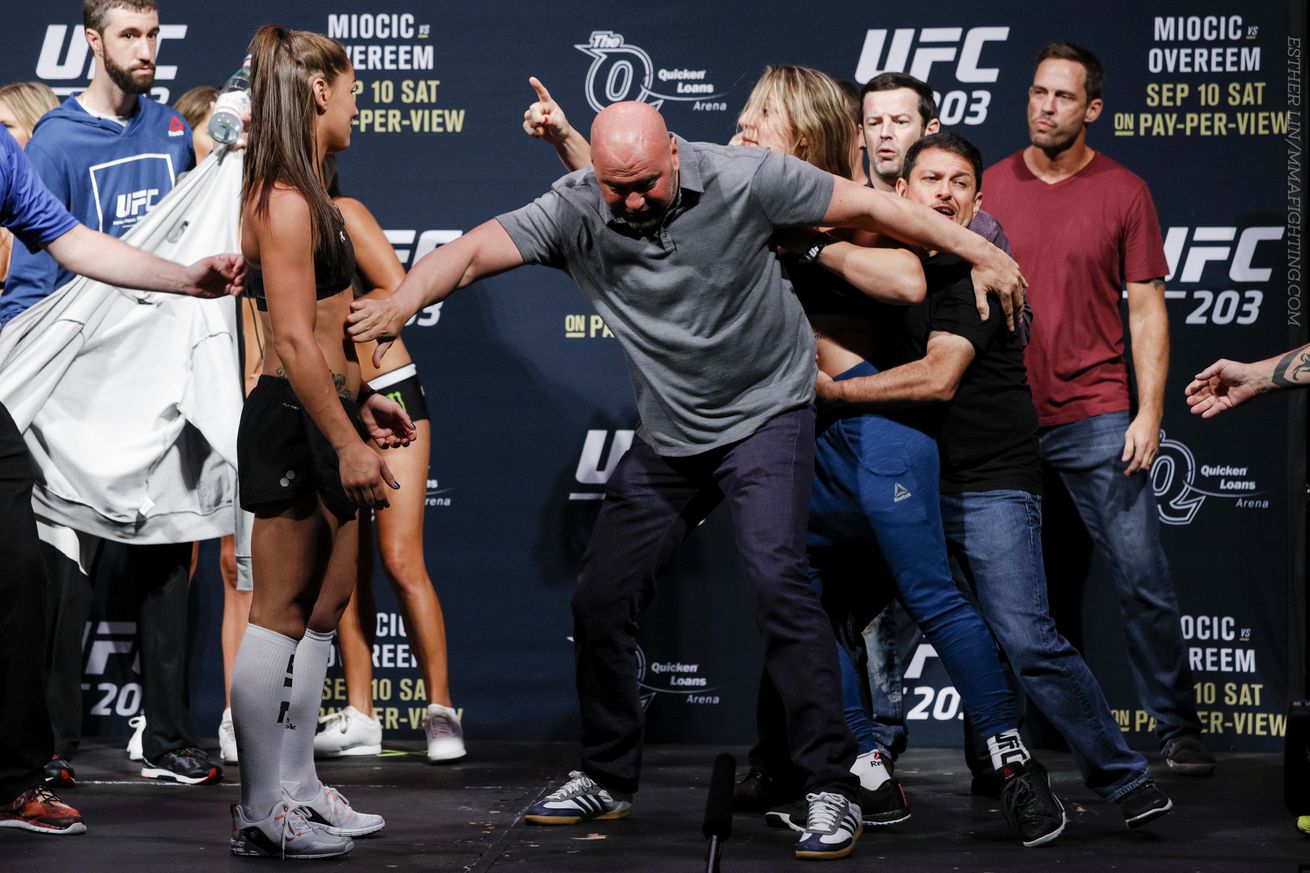 Jessica Eye and Bethe Correia could face discipline from the Ohio Athletic Commission (OAC) for a shoving incident Friday during ceremonial UFC 203 weigh-ins.

OAC executive director Bernie Profato told MMA Fighting that he would take a look at the video and speak to both women Saturday before the event begins.

“After their response, we’ll act,” Profato said. “I will let them know this is not tolerated in Ohio. The main reason is something could happen and the fight could’ve been cancelled. If something happens during pre-fight instructions, action will definitely be taken. I’m sure this issue can get resolved without incident.”

After Eye got off the scale, she came walking toward where Correia was waiting for their staredown. Correia came forward aggressively and Eye gave her a hard shove with both hands. UFC president Dana White was very quick to step in or things could have gotten worse. Correia attempted to go back at Eye after the push.

The women will meet in a key bantamweight title fight, which will act as the feature fight on the Fox Sports 1 prelim portion of UFC 203. Correia (9-2) is coming off a split decision loss to Raquel Pennington in May, while Eye (11-5, 1 NC) has lost three in a row against elite competition.

Correia and Eye already made weight earlier Friday morning at the official weigh-ins at the fighter hotel.

The OAC already had to make one disciplinary decision Friday. Alistair Overeem was late for the early, official weigh-ins and was fined $ 500. Overeem is challenging Stipe Miocic for the UFC heavyweight title Saturday night.