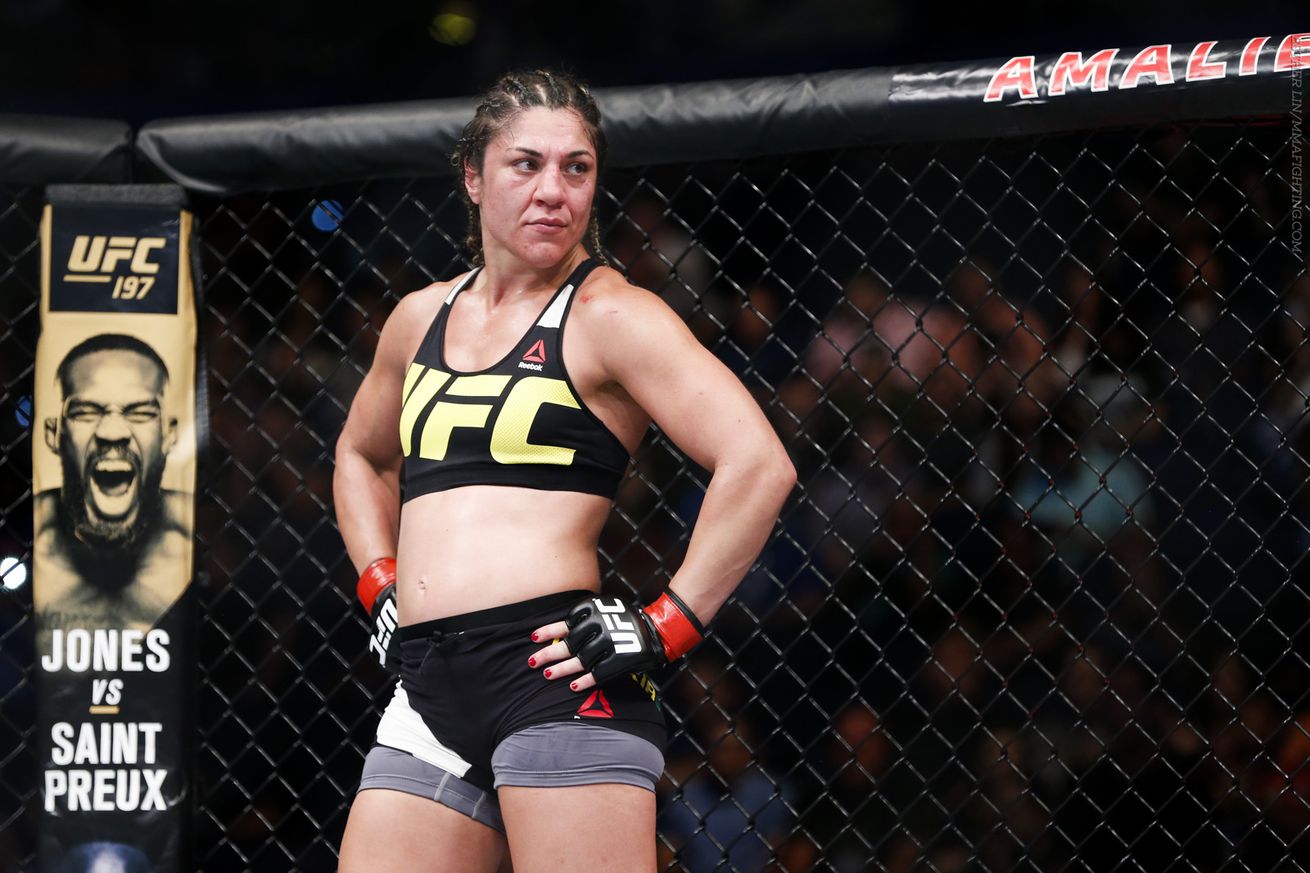 The UFC signed Lina Lansberg to be Cris Cyborg’s second opponent inside the Octagon at UFC Fight Night 95, marking the return of the promotion to Brasilia, Brazil, on Sept. 24, but a former bantamweight title contender would also be down to fighting Cyborg in the Octagon.

Bethe Correia, who fought for the UFC championship in August of 2015, losing to Ronda Rousey, told MMA Fighting that she wouldn’t turn down a chance to face the current Invicta FC featherweight champion in the UFC.

“Of course. I don’t see any disadvantage in fighting Cyborg, she’s not an alien so there’s no need to run away from her or be scared,” Correia said. “I respect Cris Cyborg. I would be happy to fight her. I’d never refuse a chance to fight her. If the UFC calls me after UFC 203, I’d definitely take it.”

Correia returns to the Octagon on Sept. 10, facing Jessica Eye in the preliminary portion of UFC 203 in Cleveland and looking to bounce back to the winning column following losses to Rousey and Raquel Pennington.

“Even though I don’t like to fight a fellow Brazilian, I’d be proud to fight Cris Cyborg,” she said. “I know I’m capable of beating Cris Cyborg. I don’t see her as an unbeatable opponent. I always watch her fights, and I see ways to win. I’d fight her, for sure.”

Cyborg is the 145-pound titleholder at Invicta FC, but will once again cut down to 140 pounds for a catchweight bout in the UFC. Correia competes at 135 pounds, and wouldn’t be open to moving up to featherweight for the fight.