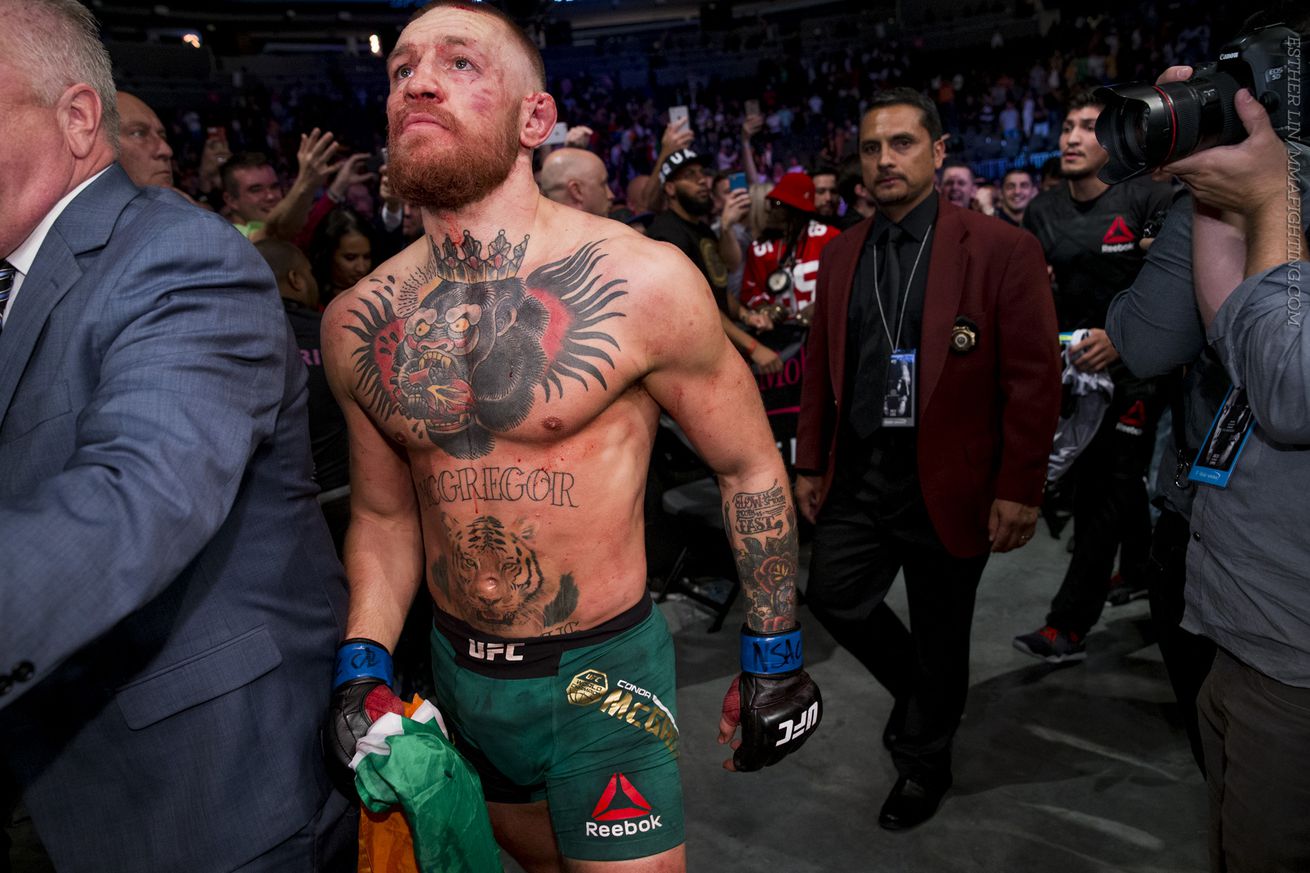 John Kavanagh has long been a detractor in Conor McGregor cutting back down again to 145 pounds. McGregor’s coach still feels that way and now, for him, there is even more reason for the Irishman to never see the featherweight division again.

“I really don’t see the point in it,” Kavanagh told Ariel Helwani on Monday’s edition of The MMA Hour. “With all due respect to the 45 guys, especially after that fight with Nate, what are they going to do? What’s anyone going to do to him? I just think anyone he fights at that weight class, it’s almost like he’s cheating with the amount of power he has. He can make the weight, don’t get me wrong about that. And he might do it, just to spite me.”

McGregor is the featherweight champion, though. UFC president Dana White has said that if he doesn’t go back down there and take a unification bout with interim champ Jose Aldo that McGregor’s belt would be stripped. That doesn’t seem to be something McGregor wants, either. He has said he’ll go back down, he just doesn’t know when. The Aldo fight doesn’t seem to be of interest to him right now.

Kavanagh feels that way, too. McGregor knocked out Aldo in 13 seconds at UFC 194 back in December. If Frankie Edgar beat Aldo at UFC 200 last month, that would have been a different story.

“Unfortunately those guys didn’t keep up their end of the bargain,” Kavanagh said. “They had to go out there and prove they deserved it, prove that they had improved and go out there and beat Aldo and they didn’t. The fight was even more one-sided than their first contest. I guess Aldo had learned from the last time.”

Kavanagh’s wish is that McGregor goes to 155 pounds and stays there. He doesn’t want to see “The Notorious” at 170 again, either. Kavanagh has a vision for the future: McGregor beating Eddie Alvarez for the lightweight title and then defending that belt against Nate Diaz in a trilogy bout.

“I think it would be nice for him to be the champion, get the belt at 55 and then defend it against Nate,” Kavanagh said. “I think that would be a pretty amazing fight. Maybe in Croke Park in Dublin. I’d push for that. How cool would that be?”

“There’s something Batman-Jokeresque about Conor and Nate,” Kavanagh said. “I think they’re going to do this forever.”

The coach doesn’t know for sure what will be in the immediate future for McGregor, saying his pupil has a lot of things to do in the coming weeks plus rest. A fight at UFC 205 in New York — the UFC’s big debut in that city — might be too soon for McGregor, he said.

Kavanagh knows what he wants, though: McGregor at 155. He fought there for Cage Warriors and Kavanagh said he looked “like a tank.” The coach believes McGregor is “designed” for that weight class.