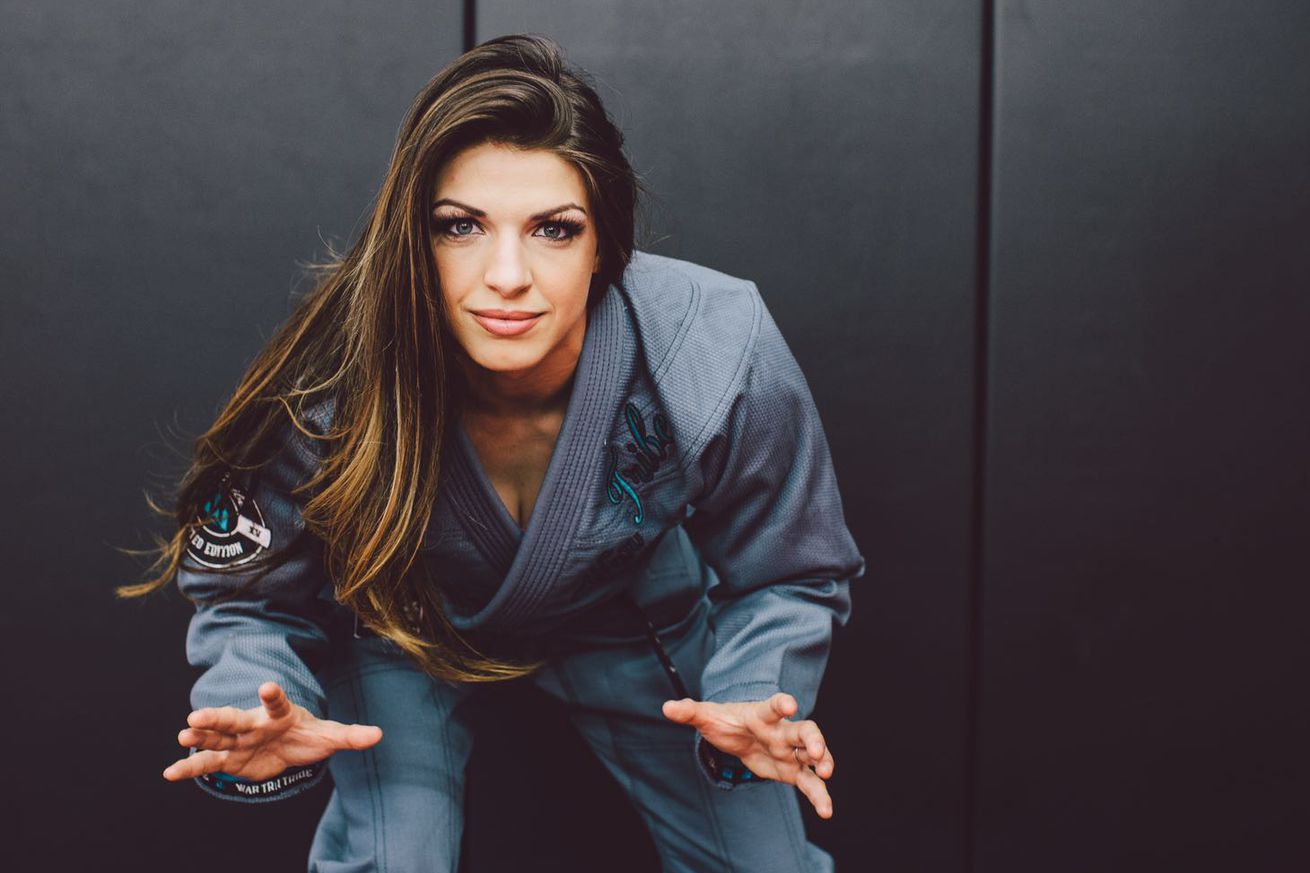 Benson Henderson’s MMA Lab has long been one of the top fight camps in the world. However one of the team’s brightest stars is still in the infancy of her mixed martial arts career.

At the age of 23, jiu-jitsu prodigy Mackenzie Dern showcased her vast potential at Legacy FC 58 in July, dominating Kenia Rosas to win her professional debut with a one-sided decision. Now, with her first step out of the way, Henderson sees big things ahead in Dern’s fighting future.

“Go look her up, she is a multiple-time jiu-jitsu world champion. She’s won ADCC. She’s won Abu Dhabi. She’s won Worlds. She’s the current No. 1 ranked female jiu-jitsu practitioner on the planet. She has an amazing work ethic. She’s an amazing athlete. She definitely needs to work on her MMA skills, but her ground game is phenomenal. Any woman on the planet goes to the ground with Mackenzie and Mackenzie is going to tap her, or dominate her like she did her first opponent.”

Dern is indeed the current No. 1 ranked IBJJF female jiu-jitsu player in the world, and her list of accolades rivals those of any female grappler in history.

A jiu-jitsu black belt under her father Wellington “Megaton” Dias, Dern won many of her grappling titles competing between 127 and 132 pounds, however she cut down to the 115-pound strawweight division for her MMA debut and has stated that her goal is to sign with the UFC in 2017.

“Her jiu-jitsu is so good fundamentally that it transitions well in [MMA],” Henderson said. “It’s not like some of the jiu-jitsu people who transition over into MMA, it’s all about flash and fancy leglocks, this and that, and then they end up getting punched in the face. You have more than a good handful of guys trying to segue over into MMA, but their jiu-jitsu game is so particular that they don’t really transition very well into MMA. They don’t really have the sort of success that they had in jiu-jitsu. They don’t have that success in MMA because their fundamentals aren’t very strong.

While Dern may be largely unknown outside of jiu-jitsu circles, her July victory drew far more interest than the usual debut of most blue-chip prospects, and Henderson knows that managing expectations will be one of the most important battles Dern faces as she moves onwards and upwards with her MMA career.