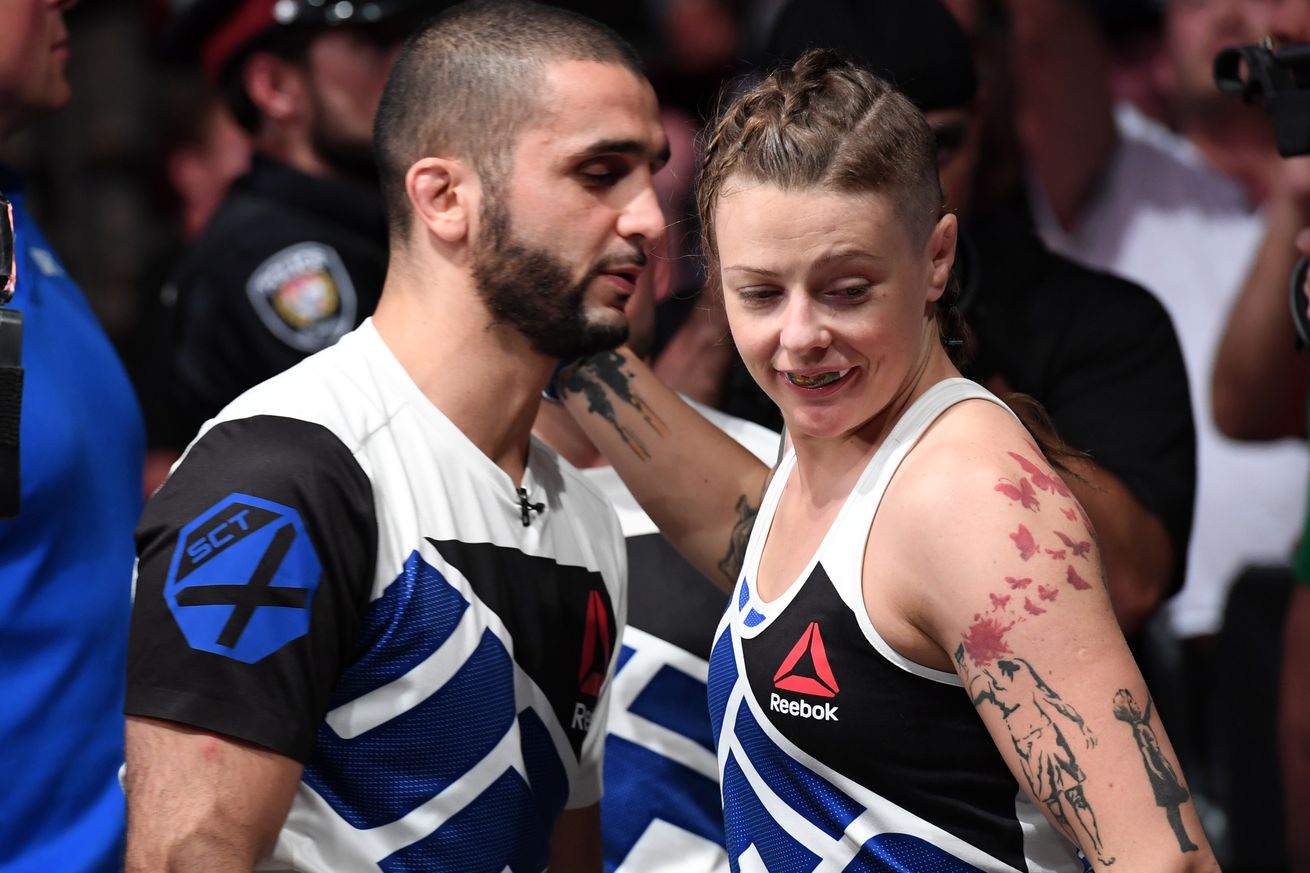 Turns out Joanne Calderwood might not have to go out and find work outside MMA after all.

Calderwood, one of the top strawweight fighters in the UFC, scored a memorable finish over Valerie Letourneau on Saturday night in the first women’s flyweight bout in UFC history, using a body kick and punches for a third-round TKO win at UFC Fight Night 89 in Ottawa.

But despite the exciting performance, Calderwood was passed over for a post-fight bonus, as Steve Bosse vs. Sean O’Connell got Fight of the Night honors, while Donald Cerrone and Krzysztof Jotko got Performance of the Night for their respective wins.

Afterwards, the 11-1 Calderwood posted on Instagram, expressing her disappointment she’d likely have to go home to Scotland and go back to work in order to pay for another camp at Montreal’s famed TriStar gym, where she prepared for the Letourneau bout.

“Gutted I didn’t get the bonus tonight but I’m not afraid to go home work and save so I can get back to @tristargym asap and hopefully be back in the octagon soon #wheretheresawilltheresaway #brokeashell #11-1,” the post read.

Tuesday, after a social media backlash in support of Calderwood, UFC president Dana White said the company has reversed course and not only will bonus Calderwood, but will sign her to a new contract.

“She will be bonused for that fight,” White said on the Unfiltered podcast. ‘There were so many good fights that night, people were going crazy, ‘how did she not get [a bonus],’ and it’s true. Me and Lorenzo were saying, how the hell did that skip us, she should have got a bonus.

“In that 115-pound division, you don’t see finishes, the way she finished Valerie,”  White continued. “And, Valerie went five rounds with Joanna Jędrzejczyk, Joanna didn’t do that to her. We’re going to take care of her, and we’re going to sign her to a new deal.”

White did note that Calderwood, who competed for the first time in nearly a year when she fought Letourneau, went through publicly documented personal issues last year, which made the UFC hesitant to commit to her long term. But after Saturday night, White said Calderwood looks like she’s back to being the up-and-coming contender everyone remembered.

“The reality of it was, for the last year plus, we didn’t know if that girl was ever going to fight again, so, to put that in perspective,” he said. “This girl at one time was one of the hottest prospects in the 115-pound division. … It looks like she got through that, she’s in a stable camp, and we’ll take care of her.”