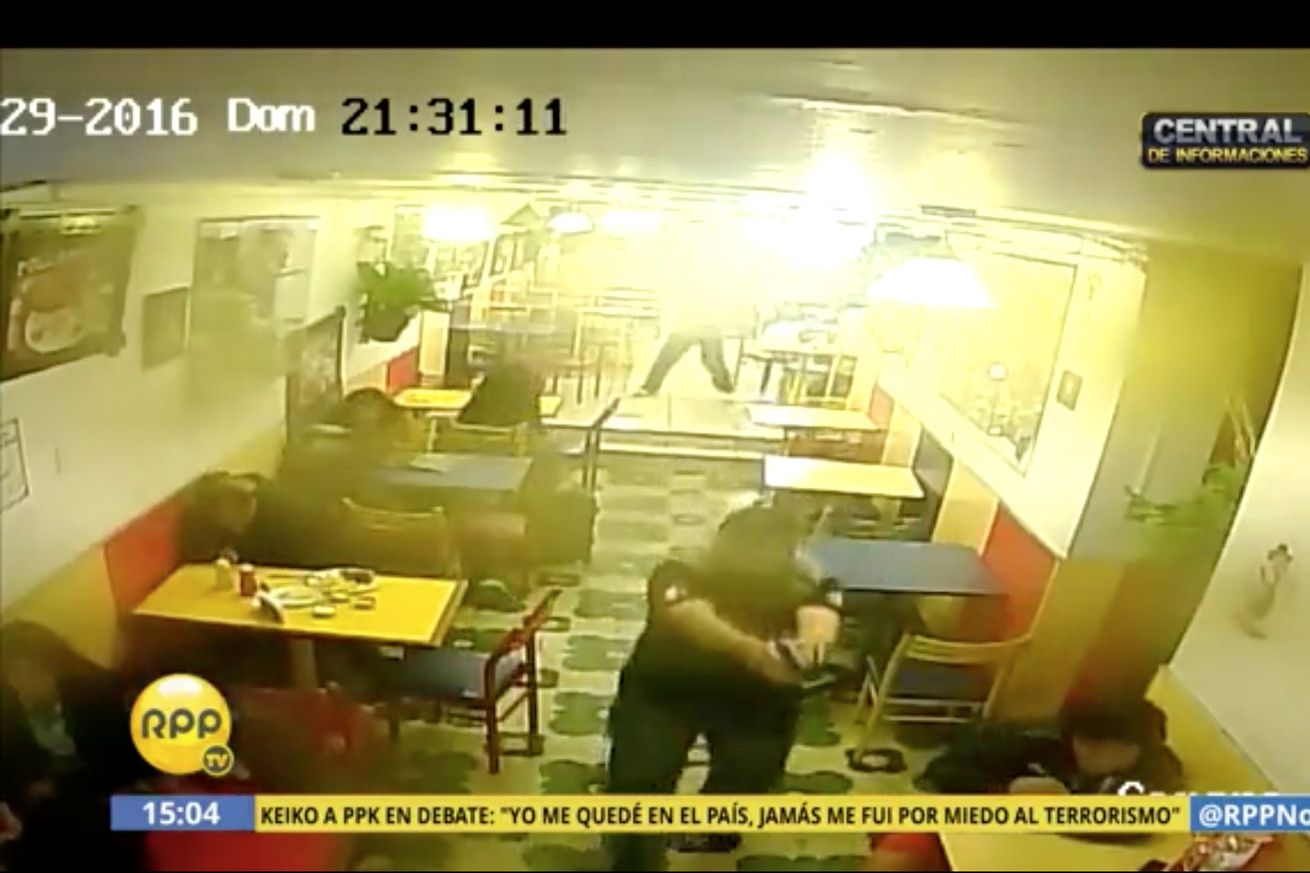 UFC fighter Valentina Shevchenko’s trainer, Pavel Fedotov, was shot and taken to the emergency room after a shootout at a chicken restaurant in the Chorrilos district of Lima, Peru. Shevchenko was also present at the establishment during the chaos. The news was reported on Monday by Peruvian news outlet El Comercio.

Three armed robbers allegedly entered the establishment Sunday night, taking 5,000 soles –  about 1,486 U.S. dollars – from the cash register as well as cellphones, wallets and other belongings from the customers. The robbers also assaulted anyone who resisted the robbery, splitting open the heads of three customers, according to the report.

The robbery and the shootout were captured by security cameras. Shevchenko can be seen in the video rushing to her coach’s aid after the shooting ceased.

When the robbers had completed the theft and were fleeing the scene, Fedotov, who was carrying a firearm, fired at the robbers, allegedly starting the shootout. According to witnesses, more than 15 shots were fired. One of the robbers, who hasn’t been identified, died in the shooting just outside the restaurant, while the other two fled the scene on a motorcycle. Additionally, two of the customers were injured. Natalie Fiorella Vera Marcos is now safe after having a bullet removed from her. Fedotov, who was shot in the abdomen, is still at Casimiro Ulloa hospital.

The owner of the establishment said that this was the sixth time his restaurant has been robbed, and that’s why he had security cameras installed.

Shevchenko (11-2) is currently scheduled to fight former UFC women’s bantamweight champion Holly Holm in the main event of UFC on Fox 20 on July 23 in Chicago. Shevchenko, 28, is originally from Kyrgyzstan, but moved to Peru nearly a decade ago. The multi-time Muay Thai champion also does some training in Houston. Fedotov is her longtime coach, who moved with her and her sister Valentina to Peru in 2008.