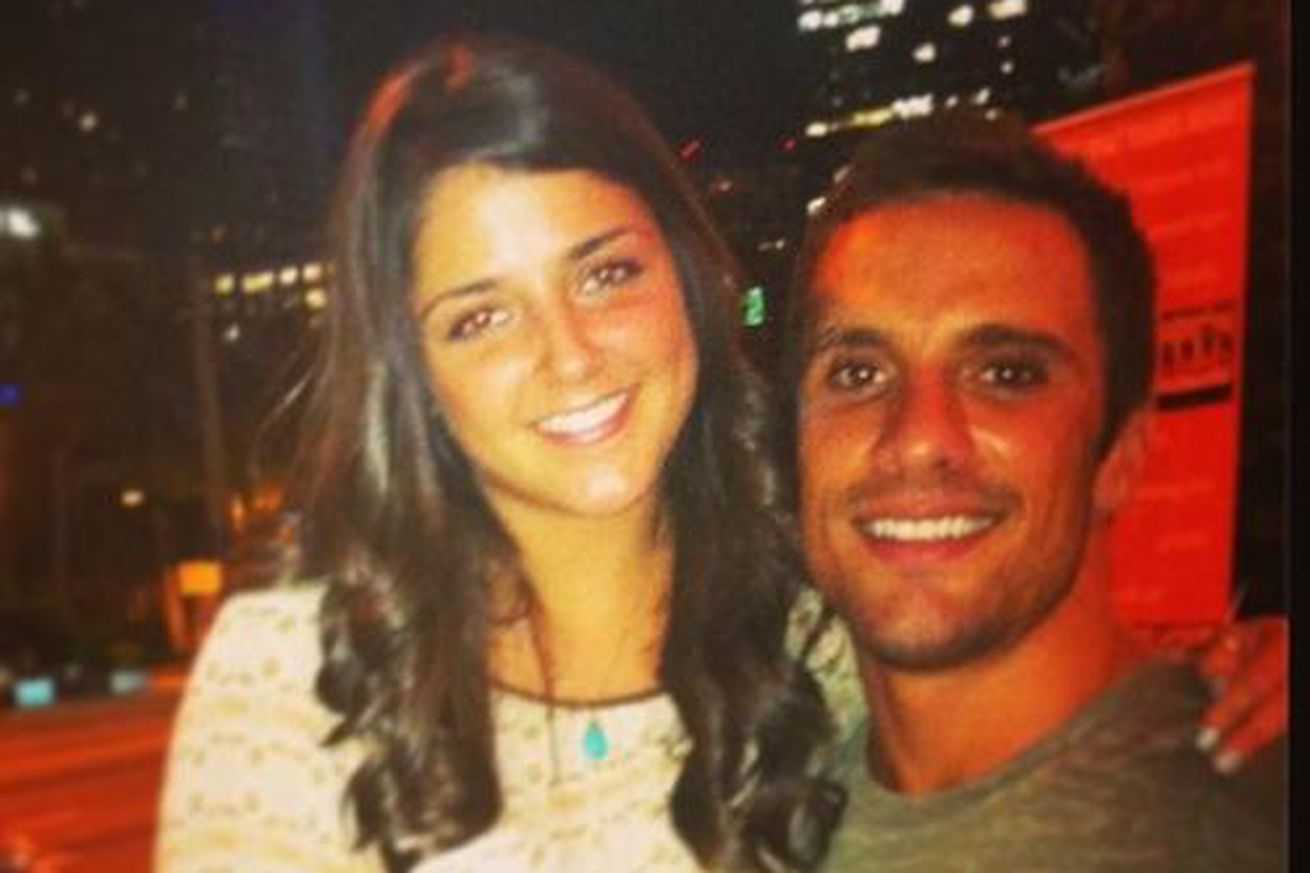 One of the tricky things about writing a memoir at just 28 years old is that people tend not to appreciate the merit of the enterprise. That is unless something tragic or otherwise extraordinary has happened at such a young age, and you’re a semi-public figure who’s had to deal with life’s screwball narratives in the open.

Samman’s name is forever linked to her girlfriend, Hailey Bevis, who died in a car crash back in Aug. 2013 at 22 years old. He wrote a book, The Housekeeper: Love, Death & Prizefighting, which came out on April 20 and is largely dedicated to her. It’s not ghost written, like so many others in the racket. In fact, MMA is a sideline in its pages, a mooring for Samman to return to.

Mostly it’s a moving account of his life, frontloaded with its transgressions into drugs and institutions and pomp, and his intersections with “Isabel,” the pseudonym he gave Hailey. Like many in prizefighting, the cage was a salvation for a wayward soul. There’s an identity in the balance. In Samman’s case, “Isabel” was a guiding light for him, and yet also a conflict. Between the two, Samman stretches out as a writer — something he proves more than adept to do, particularly as his story moves into complicated terrain.

And the dark edges Samman skirts upon his girlfriend’s death are harrowing.

At one point, when locked away in a hotel room, altering mental states between benzos and other pharmaceuticals, he mentions the pistol lying at his side each time he surfaced back into consciousness. “I was comforted by the availability of it,” he writes. Later, when he emerges momentarily in bog of grief and meds to go to her funeral, he lets out a haunting thought that anybody who has suffered loss is familiar with.

“Isabel hadn’t packed me anything to wear to her own funeral,” he writes. In that one sentence he brings you close to the vertigo of his reality at that moment. It’s the hell you’d rather not attend, and the chilling clarity rings through — nobody wants the burden of writing such a book. Yet Samman felt it needed to come out.

And he brings his most difficult moments to the page like no young person should have to.

“One of the parts that was hard to write, and hard to relive as I was writing it, was the shower scene, where right before she died she was crying in the shower trying to unplug her own hair from the drain, and then I get back to the house [after she died] the hair was still there.”

To be effective in a memoir in while still in the early thirds of life, you’ve got to tell the truth and, as a consequence, compromise some of the company. Samman found himself dealing with real people as characters, people that could be affected by his words, and of that he says, “I’m still losing sleep over it, but at the end of the day I had to commit and I had to make the decision and just really tell myself that the story needed to be told.”

There are revelations in his book, ranging from Isabel’s battle with Hepatitis C (which left her hair falling out and in the drain he mentioned above) to the guilt he felt in her death (he was texting with her around the time she hydroplaned off the Florida Interstate). There are moments of catharsis, of theological quandary. There are rabbit holes of thought that only he himself can fill up after each uncovering.

Though he did change some names, Samman doesn’t change his own. He doesn’t protect himself from his own pen, and burns through his own interrogations. He even goes so far as to call himself a “villainous” character at times, somewhat unapologetic and unlikeable, as he connects two interwoven narratives in the book.

His paths, at times cringe-worthy as he disappoints those closest to him time and again, stream into one at the moment his life changes.

“Structurally the challenge was, I just have this OCD thing where I was dead set on having 100 chapters,” he says. “I was more dead set on having the previous and the prior storyline end at the exact time of the accident happening. I can’t tell you how long that took me to achieve. I have never been approached like that in writing before. There’s more to it than that, but that to me was a challenge that I placed upon myself to do.

“I never worried whether or not the book is good enough, I just don’t know what kind of repercussions on my personal life [it will have] in the months and years to come, because it’s only been out a couple of weeks.”

Samman, who fights Tim Boetsch at UFC Fight Night 91 on July 13 in Sioux City, spent nearly two years penning the book. During that time he battled demons in real time, found himself haunted by familiar things and reduced to old habits, yet came back out and circled a date with Eddie Gordon at UFC 181 on Dec. 6, 2014 — Isabel’s birthday.

He writes of it all like a man who doesn’t trust his luck, and questions whether luck is tied to anything more.

“There were times where I felt good about it and it was very fun to relive those moments,” he says. “And there were other times where I had a bottle of scotch next to me.”

It’s a good book. There is a lot to it, from Samman becoming a man on a trampoline in a Knoxville trailer park as a preteen, to his broken oaths on tattoos, to the storybook knockout of “Truck” Gordon, all the way to realizing a goal of writing a book, even under all the wrong circumstances. His appearance on The Ultimate Fighter feels like a million miles in the rear-view mirror, and he kicks himself for introducing the first of his glaring fictions on a reality show (in which he brings the wrong girl with him to Vegas for the opening shots). He admits he came off as a dick. He speaks about people calling him a know-it-all. He embraces those other selves, without pining for redos.

“I’m fortunate enough to have a platform,” he says. “I wouldn’t be talking to you if I weren’t in the UFC and I’d wrote this book — it would have been thrown in the damn romance section. You never would have touched it.”

Yet if anything stands out in the book itself other than the obvious tragedy is that Samman emerges on the other side of a massive introspection as a more complete human being. Namely, that he is a human being, not merely a prizefighter. It all rounds out in poetic ways. His girlfriend died, and it nearly killed him. He set about “crystallizing her star.” He spills what was left of his guts on the page.

Now she lives on.

“I would ask people, what did you get out of the story, and for me the final thing that I got from the story of me being a brash, just being a kid thinking I was indestructible, and the world just bringing me to my knees in the most dramatic fashion,” he says. “When stuff like that happens, change is bound to happen.

“And so I was already kind of an intense person before. So you take an intense person, you put them through a tumultuous situation and put them through the meat grinder, and what comes out the other end is going to be really good or really bad. And I wanted it to be really good. Sometimes people get lost in their tragedy, and sometimes it catapults them.”