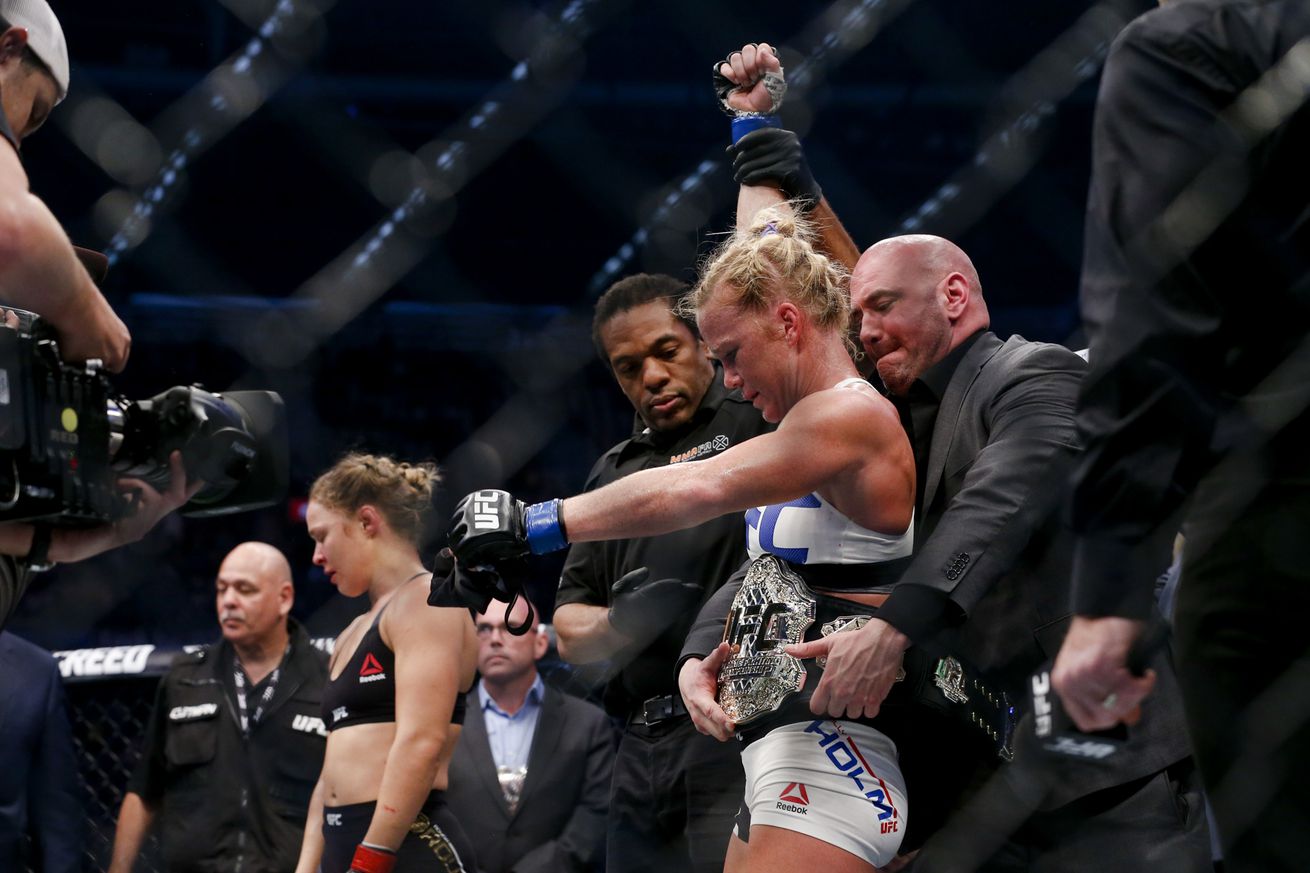 UFC on FOX 20 is beginning to take shape.

During Wednesday night’s edition of UFC Tonight it was announced that a bout between former women’s bantamweight champion Holly Holm and Valentina Shevchenko is in the works to headline the July card, which takes place in Chicago, Illinois.

Also reported as a potential bout on the main card is a light heavyweight tilt between Anthony Johnson and Glover Teixeira.

Already announced for UFC on FOX 20 is a lightweight bout between Gilbert Melendez and Edson Barboza. It will have been a full year since Melendez last appeared in the Octagon, going back to his UFC 188 loss to Eddie Alvarez.

The 34-year-old Holm sent shock-waves through the MMA world with her UFC 193 upset of Ronda Rousey in November of last year, scoring a second-round knockout. However, she came out on the losing end in her first title defense against Miesha Tate at UFC 196, losing via a fifth-round submission (rear-naked choke).

In the Kyrgystan fighter Shevchenko, Holm would be facing a relative newcomer to the UFC. The 28-year-old Shevchenko (12-2) won her UFC debut against Sarah Kaufman at UFC on FOX 17 in Orlando.

However, she lost her second bout in the UFC against Amanda Nunes at UFC 196 via unanimous decision.

UFC on FOX 20 will take place at the United Center on July 23.