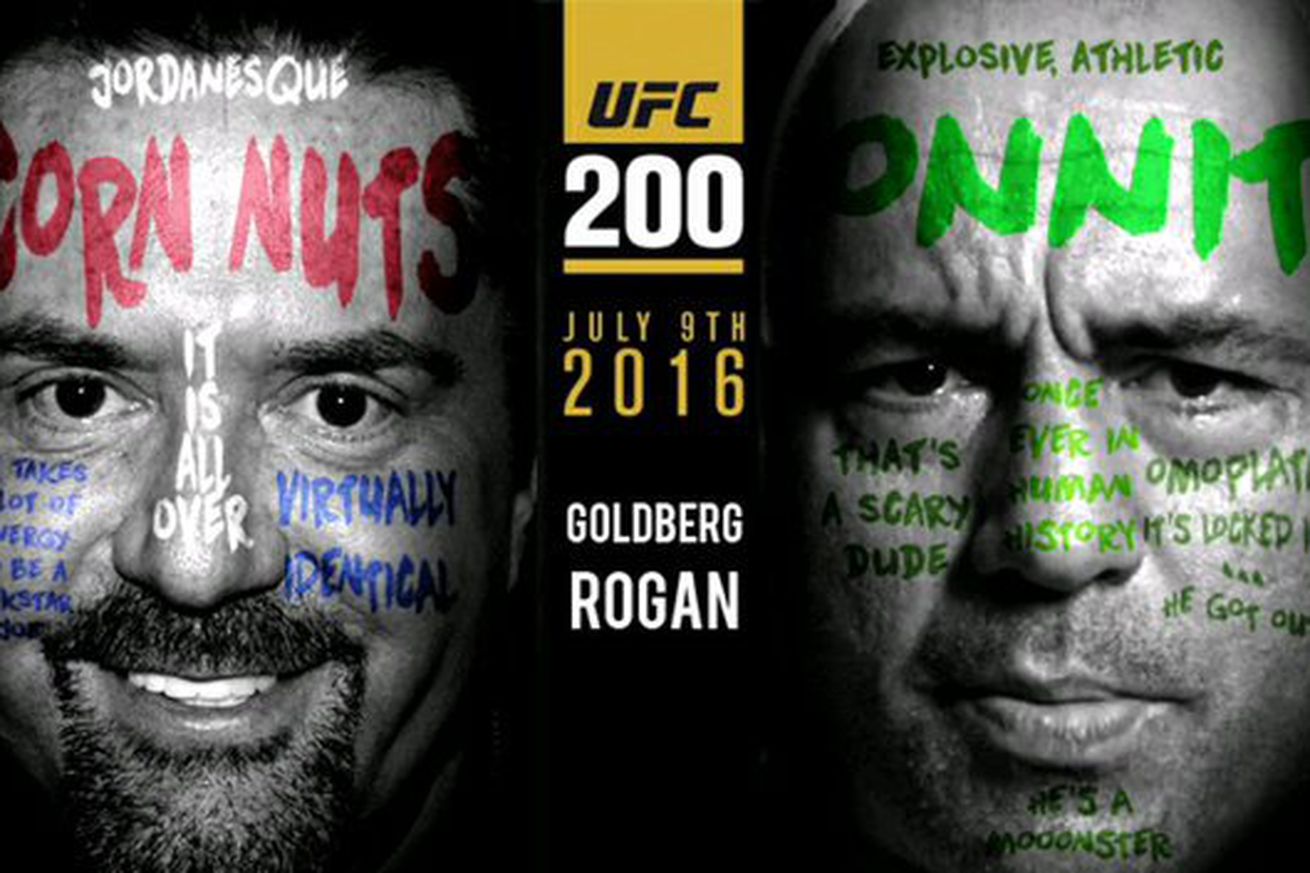 The life of a professional fighter isn’t all glitz and glamour.

As if getting punched, kicked, kneed, choked and twisted into a pretzel on a regular basis isn’t enough, fighters attract a general wackiness that makes their lives, well, interesting.

To commemorate these day-to-day hardships, slip-ups, pranks, and more, we bring you “The Weekly Grind.”

Can we all agree the UFC did an awesome job with these posters? #UFC200 pic.twitter.com/K7cRR36c73

I can’t hold back how excited I am about my next @ufc fight! pic.twitter.com/TBf0F25IBC

These posters have taken on a life of their own. pic.twitter.com/zpYN50TZ0X

The decision to not fight on April 23rd was one of the hardest decisions I’ve had to make. I’ve been scheduled to fight 18 times and I have made that walk every time. I want to apologize to Jon Jones, Lorenzo Fertitta, Dana White and all of the UFC fans for not being able to defend my title. This truly saddens me, but as with everything else in life, it goes on. The recovery should not take very long and I can’t wait to compete and defend my title again. For all the fans, thanks for your support, I appreciate each and every one of you. DC

I don’t wish injuries on anyone, I hope you have a healthy recovery Daniel. Enjoy that belt

Hey @003_OSP just wanted to thank you for stepping up and taking this fight last minute. Grateful for the opportunity to compete with you

It is with sadness that I have to announce my retirement from MMA and the @ufc . I have had a rough 2015 with bad results and lost my motivation for the sport and the training. The decision maker in this is my last injury I examined today where I need to have a surgery and will be away from training for more than a year. It’s more sad to leave the sport now while it looks pretty easy to get interim belts especially since I never got the chance to get a real belt But life ain’t over, I will continue take pretty boy pictures for @carlings_official which I enjoy. @badboybrands who just launched my signature t-shirt said, Alex, if you become a real “bad boy” like Jon, we will sign you up for life, that may be an option, work for some guys. @unibetsverige have been with me from the beginning of my career, now I might get the chance to spend some more time with @glenn_hysen and give him some more low kicks after my injury. @gymgrossisten thank God that not only full-time athletes can drink your BCAA mango flavor, I will still need it to keep my energy up while I am walking with my crutches for the next 9 months. For the next 3 months I will stay out of contact while I take care of my injury, I will have my morning coffee with the love of my life, “General Snus” . I alway said, once I am finished with fighting I will move away from Stockholm and enjoy farmer life, that’s what I will do. Quality time with my dogs and cows far away from town. So for now, thank you all for your support my friends. Can’t tell you how much it has meant for me and kept my going. Good luck to all my teammates and thank you for all your help. And finally D.C, one part of me always wanted you to beat the shit out of Jon because you are a great role model as a Champion, but one part of my wanted you to lose, so I could come and get my rematch against Jones later when I deserve it. But now that I am out of this game, give him those uppercuts that you gave me, they really hurt. Much love, Alex #teammauler #carlingsmauler #carlings #iamlajan #badboyclothing #unibet #gymgrossisten

About to bust through the Arkansas State line from Texas pic.twitter.com/lqdK6OePli

Just made it to the “Show Me State” pic.twitter.com/4CCtrXcwVK

Just crossed the Mississippi River to The Land of Lincoln pic.twitter.com/jgZ3HLvINC

Back on the rd again to Canada! Just made it to Ohio pic.twitter.com/o0QaOxMPQp

I’m ready to detach another head from one of these bantamweights bodies!! Straight… @UFChttps://t.co/VmcnctTce9 pic.twitter.com/cVqpNGgxov

Now ur talking! @ufc this will help with the vision board thanks Corey @thefruh

Yo, I fucking love my grandma. I just wanted to say that.

Since when did the police force in Albuquerque, New Mexico, start filming #UFCEmbedded?

Because I know karate… https://t.co/ucJDDvppXJ

I don’t know. Six weeks ago this was cut out of me. I’m working at it everyday. Everyday, I’m closer. pic.twitter.com/Xou8nyMm96

Lol now I realize why people can’t see my snapchat… Ex gf got ahold of it, made it private and blocked a bunch of women. All better now

I would say that is inaccurate. https://t.co/7lI6oV9OrM

When you’re in charge of the Invicta weigh-in booty shots. #DatAss #InvictaFC #ActiveBottoms

What Is The Stockton Slap?

What Did The 5 Fingers Say To The Face? #DiazBrothers